The Can Makers at the First Metal Packaging Europe AGM

On Friday 2nd June, Will Calvert, Co-founder and Director of Windsor & Eton Brewery and Jill Coomber, representing The Can Makers, were invited to speak at the Metal Packaging

Europe’s very first Annual General Meeting held in Lisbon, Portugal. They were invited to present the award-winning Indie Beer Can Festival, a nationwide competition which celebrated the best in independent beer in cans in 2014 and 2016. With the UK being the first nation to focus on craft brewers with such a competition across the EU, the European body were interested in sharing the success and experience with other country groups. 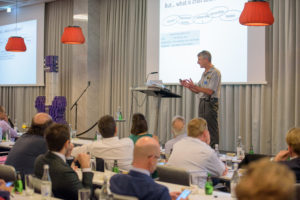 Windsor & Eton Brewery won the Festival last year with their top indie brew, Uprising Treason, which was awarded ‘Best Ale’, ‘Best in Can’ and ‘Best in Show’. Will gave some key insights into the craft beer market and shared the success they had achieved in canning his beer following the competition.

The presentation was very well-received, with a lengthy question-and-answer section, generating much interest and discussion from an enthusiastic audience.

Will also kindly brought along two crates of Uprising Treason in cans so that everyone could taste the beer, which was thoroughly enjoyed by all.

Other presenters on the day included Victor Vicente, CEO of Can the Can restaurant, who spoke on how to raise canned food to the level of a commercial gourmet feast in Portugal and Robert Budway, President of the Can Makers Institute, the US trade association of the can industry, who spoke on their cooperation with a non-profit called Canstruction. The organisation encourages competitions across the US to design and build sculptures from canned foods and beverages, with the aim of subsequently donating the products to organisations supporting those in need. The last presentation was by a Dutch speaker, Albert Heijn, from Stichting Kringloop Blik (SKB), explaining how they promoted metal packaging and its recycling credentials through a local partnership with a supermarket and branded bikes made from recycled metal.

Overall, it was a very successful meeting with plenty of great ideas shared amongst the metals community and food for thought before we look forward to the next one in 2018. 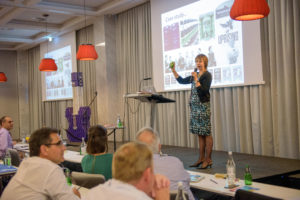