The beverage can, it could be said, has come of age. In amongst all the challenges industry has faced in 2020, the can has celebrated its 85th anniversary. Since 1935, when the first craft beers in a steel can were launched by Felinfoel Brewery in Wales, to the precision engineered lightweight aluminium cans of today, it is a story of continuous innovation.

And in 2020, it was the unique properties of the can that enabled brands to raise the bar, communicating with immediacy and humour. Amid the almost instantly tired marketing rhetoric and cliched messaging from some blue-chips, brands in cans realised they had an opportunity to do something different. Taking full advantage of the design possibilities that the can’s 360-degree canvas offers and the latest printing techniques, it was the craft beer sector that led the way. 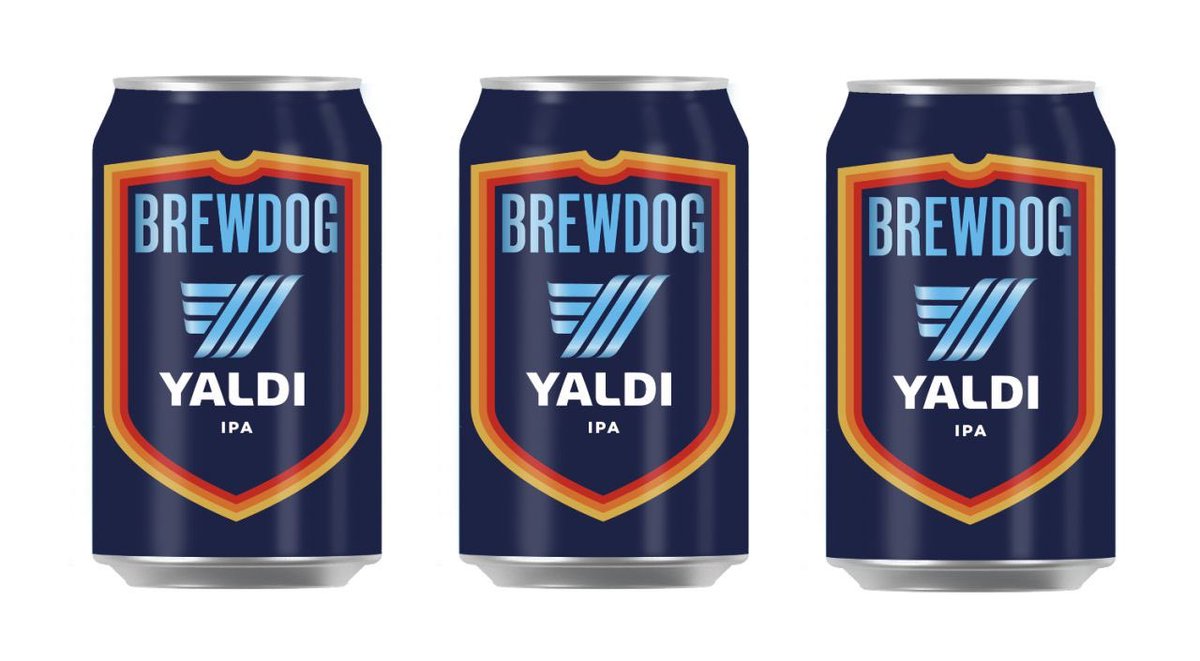 When Aldi unveiled its ‘Anti Establishment IPA’, comparisons were quickly drawn with BrewDog’s ‘Punk IPA’. And with tongue firmly in cheek, the brewer’s response was to mock-up a ‘Yaldi IPA’ beer can using Aldi’s distinctive colour palate and font. The resulting back-and-forth on social media entertained many followers but the collaboration which resulted and the launch of Ald IPA, surprised even more.

It was in some ways the culmination of a notable series of product launches including the Camden Heroes Thank You Lager, but it was BrewDog again that had really caught the public’s eye, some months earlier.

Spotting the opportunity, BrewDog’s founder polled his social media following to vote for the best name for a new limited-edition beer. Barnard Castle Eye Test beer struck a chord and the rest as they say is history.

But look closely. No pun intended. This wasn’t simply a name that resonated with the public, or indeed one which brought the already hugely successful craft beer sector to the attention of the wider consumer, it was one which the designers could be clever with. It might not have showcased the number of colours now possible – more than eight colours on a can would have been unthinkable just over a decade ago – or the use of thermochromic inks for instance, but it made a point. Namely, that digital printing on a packaging format with the design possibilities that a can offers, means brands can react quickly with flair, responding to current events not just on social media but on the supermarket shelf. If some organisations have appeared lacking in creativity when trying to connect with customers in recent months, the beverage can has been the panacea for others.

And like every great piece of marketing, it transcended the brand’s target market, putting craft beer in the basket of a wider demographic than ever before as well as highlighting the virtues of the can.

Of course, many brands have responded to social and political events, but only the can offers the same combination of design options from moulding to embossing, and printable space as well as wider considerations including robust environmental credentials. Did you know the recycling rate for aluminium beverage cans is set to exceed 80% by the end of the year?

Set against soaring demand, the success story of the beverage can is one of innovation, adaptability and resilience through the decades. 2020 will be remembered as a year of overwhelming challenge, but also one in which new ways of communicating became the norm. And at the end of this, the can’s 85th anniversary year, if brands today cannot see the opportunities the can offers, well, perhaps a visit to Barnard Castle is in order.